Book Release: The Wonders of Waqf 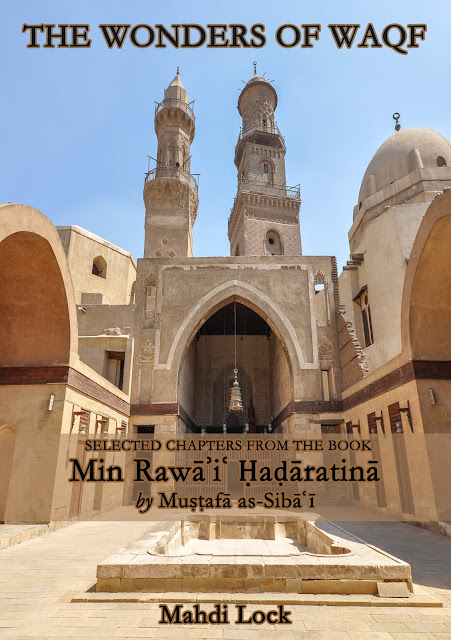 Waqf is a means of drawing nearer to Allah. It is an act of worship. Waqf shows the sincerity of the endower’s faith, his desire for goodness and his avidity for the interests of the Muslims. It shows his love for them and for their subsequent generations, as he is keen for them to receive benefits that are never interrupted. Since the time of the Prophet, may Allah bless him and grant him peace, the Muslims have provided the most sublime examples in the fields of waqf.

The book in your hands is a selection of chapters from The Book of Endowment,[1] the main body of which is the rulings concerning establishing and administering endowments, or awqāf (sing. waqf) as they are known in Arabic. In the translator’s introduction to that book, I wrote the following:

‘The topic of endowments was chosen in order to follow up on a theme touched on by Imam al-Ghazālī in The Book of the Lawful and the Unlawful,[2] which is the sources that governments get their money from, and it is made clear that no government has access to a bottomless treasure chest. On the contrary, just about every government on earth, and especially those in the Anglosphere, are suffering under crippling debts, so crippling that they are never expected to be paid off. It is widely acknowledged that government spending needs to be cut and budgets needs to be balanced. While there is definitely a large element of crony capitalism, or corporatism,[3] in how governments spend their resources, there is also the concern about basic public services, such as healthcare and education. If and when governments go bankrupt, what will happen to these services? How will they be funded and maintained?’

‘The answer lies right here in this book and any fiqh manual that describes the rules and regulations for establishing and running an endowment. Endowments, or awqāf, are how Muslims provided free education, healthcare and other services to the wider public from within the private sector. As the reader shall see, they were set up with a desire for everlasting reward in the Hereafter; reward that would continue to accumulate long after the endower had left this world and returned to his Lord. As Benedikt Koehler points out in his lecture ‘Early Islam and the Birth of Capitalism’,[4] endowments were a brilliant example of localism; instead of a small group of people in a faraway capitol deciding what is in the people’s benefit, we have thousands upon thousands of private individuals making those decisions for the benefit of their communities. Instead of one source for decision making, which causes endless complaints from taxpayers in liberal democracies regarding how their money is spent, we have endless sources, and when the individual makes his or her decision, he or she backs it up with his or her own money.

‘Therefore, after laying out the rules and regulations for endowments, it was decided that some concrete examples should be given, and this is why three chapters from the book Min Rawāʾiʿ Ḥaḍāratinā[5] by Dr Muṣṭafā as-Sibāʿī have been translated and added as an appendix, namely the chapter on endowments in general plus the chapter on schools and academic institutions and the chapter on hospitals and medical institutions. Lord willing, the reader will draw great inspiration from these chapters and feel proud of what Muslims achieved, hundreds and hundreds of years before the peoples of the West even came close.’

If Allah so wills, the original work will republished in full in the near future, and with Allah alone is every success.