A Concise Summary of Theology: The Attributes of Allah the Exalted

And answering those who insist on asking 'Where is Allah?' 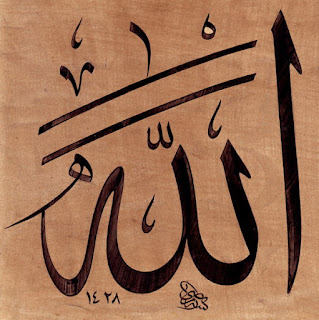 By Imam Muhammad Saeed Ramadan al-Bouti, may Allah have mercy on him

The Attributes of Allah the Exalted

To be concise, we can say: Our Lord is described with all the attributes of perfection and He is transcendent above every attribute of imperfection, and there is no need for us to go into detail.

Say it concisely and believe in it with certainty: ‘Our Lord, Mighty and Majestic, is described with all the attributes of perfection and our Lord, may His Majesty be manifest, is transcendent above every attribute of imperfection.’ However, our scholars have gathered the attributes of perfection in one category and we call them the Essential Attributes (ummahāt as-ṣifāt), i.e. Allah’s, Glorified and Exalted, essential attributes, and under each attribute there are several attributes that are included under these essential attributes, and the theologians have organised them into the following categories:

The second is the attributes of negation; why are they called attributes of negation? It’s because you can’t define them unless you negate something. In other words, you can’t define them unless you negate what Allah, Mighty and Majestic, is transcendent above. For example, we say that the first one is oneness (al-waḥdaniyyah). Define oneness. How do you define it? It is the lack of plurality. Therefore, you’ve explained it by means of negation.

This is why we call these attributes, attributes of negation, i.e. you can’t define them unless you negate what Allah, Mighty and Majestic, is transcendent above.

The third is the attributes of affirmation, and they are every attribute that is established for Allah the Exalted’s Essence, and their establishment necessitates a specific ruling, such as us saying, for example:

The attribute of knowledge (al-ʿilm); this attribute is established for Allah the Exalted Essence, and the establishment of this attribute necessitates a specific ruling, which is that Allah, Mighty and Majestic, knows (ʿalīm).

“Destroyed are those who exaggerate”

There are many ways of penetrating too deeply, and it suffices you to know that the one who penetrates too deeply knows that he is penetrating too deeply, because he does not seek Allah’s Face by doing so. Rather, he seeks to make himself look piously careful; he wants to make himself look like a thorough investigator. He wants to make himself look like someone, as you know.
In theology, there are people who claim that they are the masters of calling to Allah, Mighty and Majestic. They try to call people to Allah, Mighty and Majestic. They put the Islamic creed into their hearts and the first thing that is said to one of them is: ‘Where is Allah?’ Yes, ‘where is Allah?’, and the answer should be articulated on the tongue and indicated with the hand: ‘in the sky.’ If one doesn’t say that, and one doesn’t do that, he has disbelieved and his faith is incomplete. He has deviated from the Islamic creed.

My brother, this is one of the worst kinds of exaggeration (tanaṭṭuʿ) which al-Muṣṭafā, may Allah bless him and grant him peace, has forbidden. This poor person is a believer in Allah, his heart is overflowing with faith in Allah, Mighty and Majestic, and if you were to ask him, ‘Does the Creator, Mighty and Majestic, have a place?’, he would say, ‘I seek refuge in Allah! Allah the Exalted is transcendent above having a place.’ Is He confined within a specific time?’ He would respond, ‘I seek refuge in Allah! Nothing is comparable to Him.’ He knows this instinctively and easily, and then you come along in order to force and impose upon him things that have nothing to do with him! And this is what makes him guilty of disbelief according to these people.

If this person has some Islamic education and knowledge of Allah’s religion, he will be able to answer these people the way Allah answered them. It would be said to him, ‘Where is Allah?’ and he would reply, ‘I say what Allah, Mighty and Majestic, has said, “It is He Who is Allah in heaven and Allah in the earth.”[1] I say what the Exalted has said, “Do you feel secure against Him Who is in heaven causing the earth to swallow you up?”[2] I say what He has said, “We are nearer to him than his jugular vein.}”[3] I say everything that Allah, Mighty and Majestic, has said…and they will say, ‘No! You must say that Allah is in the sky. Don’t mention the other āyāt.’ This is the worst kind of exaggeration, and this is why al-Muṣṭafā, may Allah bless him and grant him peace, said, {Destroyed are those who exaggerate.}[4]

Are good deeds and traits enough to enter Paradise?

Answered by Imam Muhammad Mutawalli ash-Sha'rawi, may Allah have mercy on him

Courtesy of the Fig Tree Group
Posted by Mahdi Lock at 18:39 No comments: