By Imam Muhammad Mutawalli ash-Sha'rawi, may Allah have mercy on him.

Who besides Allah can you seek forgiveness from?
Posted by Mahdi Lock at 13:07 No comments:

Email ThisBlogThis!Share to TwitterShare to FacebookShare to Pinterest
Labels: Purification, The Foreword

Etiquettes of the Masjid


By Imam Muhammad at-Ta'weel, may Allah have mercy on him, Maliki faqeeh and authority (marja') of Morocco.

A disappointment regarding the translation of Imam an-Nawawi's book 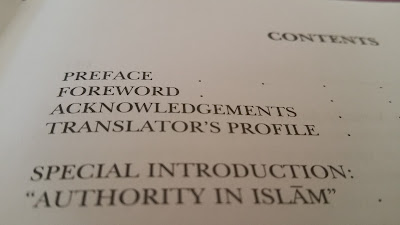 We praise Allah, the book has now been published in Malaysia and I have received my complimentary copies.

For the most part, the publication looks excellent and meets expectations. However, a foreword has been added that I was never informed of let alone consulted on. I do not know who the author is and I cannot fathom why he was asked to write it. The problems can be summarised as follows:

1) The foreword has just about nothing to do with the subject matter of the book. The subject matter of the book is authority in Islam: where do we take our knowledge from, whom do we ask when we have a question, how do we identify an authority, and so forth. However, this foreword dicusses a cacophony of unrelated subjects (e.g. identity politics) and does not even hint at the topic of authority.

2) The foreword is littered with erroneous ideas and statements. From what I can tell, the author seems to be heavily influenced by the liberal/cultural Marxist/postmodernist worldview, and this has in turn infected and soiled his presentation of Islam as well as European/Anglosphere culture and civililisation. This means that the foreword is not only irrelevant, incoherent and useless, it is also highly misleading and fallacious.

I therefore have to emphatically disavow this foreword and clearly state, for the record, that I bear absolutely no responsibility for it in any way, shape or form. I would never consent to a foreword like this being added to any of my publications.

And with Allah is every success.
Posted by Mahdi Lock at 19:22 No comments:

Email ThisBlogThis!Share to TwitterShare to FacebookShare to Pinterest
Labels: Announcements

Book Release: The Etiquettes of the Scholar and the Learner 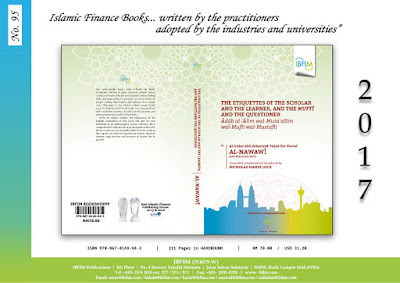 All praise be to Allah, the book is now available. Please click here for further details.

And with Allah is every success.

Related Posts:
Authority in Islam
Chapter 5: The Etiquettes of the Mufti
Clarification
Posted by Mahdi Lock at 17:37 4 comments:

Has Allah created us in order to punish us?

By Imam Muhammad Saeed Ramadan al-Bouti, may Allah have mercy on him.
The subtitles are not clear at times, so the full translated text is available below:

Has Allah created us in order to punish us?

Allah, Mighty and Majestic is He, knows that amongst His slaves are those who do not obey Him.

And therefore, their outcome will be what it is.

Allah knows that amongst His slaves are those who are atheists, or who hold similar beliefs.

Would it not be best if creations like this were not created?

What is the answer?

Here, dear brothers, before answering the question, I would like to turn your attention towards something.

Those people who ask this question are actually concealing an endless series of questions.

The starting point for their question is a very strange type of foolishness, which is that they are comparing the Creator, who is Allah, Mighty and Majestic is He, to the creation, i.e. human beings.

We, human beings, when we want to actualise a goal for ourselves, we are not able to actualise it except through a series of means, and this is a manifestation of man’s weakness and incapacity.

This is man’s affair, and thus, whenever he applies himself to an action, there must be a reason that pushes him to do that action. I will give you an example.

You pass by a friend of yours. You see him digging a hole in the ground. Naturally, you would say, ‘Why are you doing that? What is the reason for this action?’ He replies, ‘By Allah, I want to dig a well in order to extract water so that I can irrigate my garden.’

However, if this person were to say to you, ‘By Allah, nothing has prompted me to do what you’re seeing me do’, there is no doubt that you would attribute stupidity to him.

It is because when we know that man is incapable of actualising his long-term goals, that he cannot arrive at them except via a combination of means, it is rare to see someone say, ‘I’m digging a hole in the ground for no reason.’

‘I’m reading a book for no purpose or goal.’

‘I attend the lectures of so-and-so and I have no goal behind doing so.’

This is a type of foolishness. Why?

Because it is known that man does not do anything unless it is for a goal, and this is because of his incapacity.

Therefore, these people who ask this foolish question do so because they are comparing Allah to themselves.

They are comparing Allah to man. Is this a valid comparison? No.

Our Lord, Mighty and Majestic is He, does not need means in order to arrive at what He wants. When He wants something, His affair is to say, ‘Be!’ and it is.

Yes. Therefore, this question is nowhere to be found: ‘Why did Allah create man?’ It’s as if the questioner is imagining that our Lord, Mighty and Majestic is He, has an ultimate objective, and that objective cannot be actualised except via His creation of man.

Thus, after He had created man, we can ask Him, just as we ask the person digging a hole in the ground, we can ask Him by saying, ‘O Lord, why did you create man? What is your goal behind creating him?’

Yes. This is an erroneous question. There is no ultimate objective with regards to Allah, Glorified and Exalted is He.
Posted by Mahdi Lock at 03:22 No comments:

Email ThisBlogThis!Share to TwitterShare to FacebookShare to Pinterest
Labels: The Foreword, Theology

#AnglosphereIslam: Islam as an Identity (The Foreword, Episode 25)

Trying to make sense of Islam in the Anglosphere


Thoughts on how Islam in the Anglosphere is only about identifying as a Muslim, and therefore not about objective standards and criteria. This is postmodernism in action.

Related Posts:
We have objective standards for a reason
The Importance of Objective Standards
Islam is revelation, not a race or culture
The Purpose of Life
Cultural Marxism
The First Wisdom

Related Podcast:
The Truth About Migration in Islam
Posted by Mahdi Lock at 16:31 No comments:

The entire period of time is menstruation, because the maximum time for menstruation is fifteen days.

What is the ruling when a girl has constant bleeding, and does it nullify her fast?

If a woman or girl suffers from bleeding that causes confusion regarding the start and finish of her monthly cycle and other days of bleeding then she must rely on whatever her normal habit was, what she knows from herself, before she was afflicted with this illness. For example, if her monthly cycle at that time was the first ten days of every month, now she must consider the first ten days of every month to be days of menstruation (ḥayḍ), and therefore in those days she is not allowed to pray, fast, recite the Qurʾān etc. Once those days have passed, she washes and resumes her praying and her other acts of worship and the blood that she sees after that is considered abnormal bleeding (istiḥāḍah) due to illness.

Swearing on the Muṣḥaf 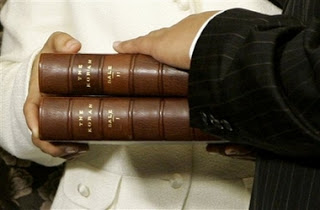 I want to ask about going to court in order to testify when I am not pure (i.e. I am not praying) and the judge will ask me to swear on the muṣḥaf. What should I do in such a situation? Can I swear upon it without touching it and place my hand above it with my sincere intention, or what?