When is Fidyah Obligatory Upon Someone Who Did Not Fast Due To An Excuse And How Much Is It?

Sheikh Muḥammad Tawfīq, may Allah grant you success. What is the ruling in the Revealed Law regarding a woman who paid 3000 lira as expiation (kaffārah) for not fasting the Ramaḍān before last? Does she still have to fast those days or not?

If she was not fasting because of an excuse, meaning that she did not fast because she feared for herself, then she has to make up those days and she does not have to pay a fidyah. She only has to make them up as long as a year does not elapse without her making up the fasts and she does not have an excuse. This is because if someone delays making up the fasts for one year and they do not have an excuse, they still have to make up the fasts and they have to pay a fidyah for each day, which is a mudd of food (half a kilogram of rice, for example).

Further Reading:
Not Fasting Due To Illness
Fidyah, Qaḍāʾ and Breaking One's Fast
More Fatawa on Ramadan and Fasting
Posted by Mahdi Lock at 16:20 No comments:

A selection of fatawa from Naseem al-Sham 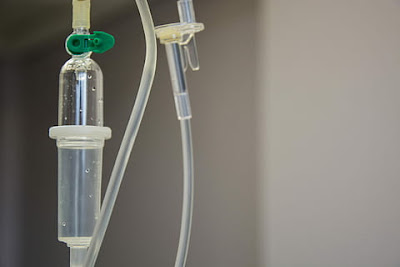 
What is the ruling on taking suppositories and likewise eardrops and intravenous (IV) drips?

Suppositories break the fast. As for eardrops, they break the fast if they reach the oesophagus. As for an IV drip, if there is a necessity then you can take the opinion of the Shāfiʿīs and the two companions of Abū Ḥanīfah, which states that it does not break the fast. If the patient is able to delay using the drip until after maghrib, that would be better, out of regard for the difference of opinion.


What do you say about injections while fasting? Do injections break the fast or not?

Enemas breaks the fast, because something is being inserted into one of the body’s orifices. As for intramuscular and intravenous injections, they do not break the fast.[1]
Question:


Does an IV drip, which a patient takes intravenously instead of eating and drinking, break the fast or is breaking the fast confined to orifices? May Allah reward you with every goodness.

IV drips do not break or nullify a person’s fast, even if they are satiating. The same ruling applies to injections that are given to a patient (intravenous, intramuscular or under the skin); as long as they do not enter the body through an orifice, they do not break the fast.

If the physician has decided that the kidney patient, as is known, needs fluids throughout the day then he is obligated not to fast, in order to save himself from destruction.[2] As for the mere process of cleansing, this does not break the fast because it is the insertion of substances into the blood, and this does not fall under the matters that break the fast.

[1] (tn): There is a difference of opinion amongst the Shāfiʿīs. In at-Taqrīrāt as-Sadīdah: Qism al-ʿIbādāt, Sheikh Ḥasan al-Kāf says, ‘The ruling on needles: they are permissible in the case of necessity, but there are three different opinions as to whether they break someone’s fast:
1) They nullify the fast without exception, because they reach one’s interior.
2) They absolutely do not nullify the fast, because they reach one’s interior but not via an orifice.
3) This one contains some detail, and it is the most correct: If they are nourishing, they break the fast. If they are not nourishing, it depends:
- It they are intravenous, they nullify the fast.
- If they are intramuscular, they do not nullify the fast.’ (Tarīm: Dār al-Mīrāth an-Nabawī, p.452)
[2] (tn): Please see Sūrat al-Baqarah 2:195

More Fatawa on Ramadan and Fasting
Posted by Mahdi Lock at 19:52 No comments:

What is the ruling on using mouthwash before ifṭār when it is known that it is only used for swilling one’s mouth out?

Praise be to Allah and He suffices, and blessings and peace be upon the Chosen One. Any substance that goes in one’s mouth does not break the fast unless it reaches the place of exit of the letter ḥāʾ (الحاء). If it enters and does reach the throat [i.e. the aforementioned point], it does break the fast.

More Fatawa on Ramadan and Fasting
Posted by Mahdi Lock at 21:58 No comments:

Does Delaying One’s Ghusl of Janābah Until After the Adhān of Fajr Affect the Validity of the Fast?

A selection of fatawa from Naseem al-Sham 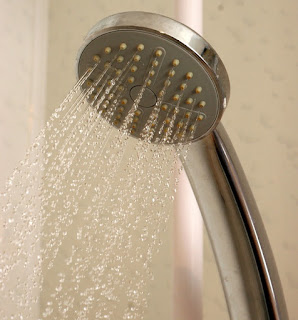 
If a reason to perform ghusl occurs during the night, is it true that I have to go to the bathroom and purify myself before the adhān for fajr in order to complete my fast or is it permissible for me to bathe at any time?

Janābah[1] before fajr, even it is the result of sexual intercourse, does not hinder the validity of the fast. Rather, causing janābah while fasting by way of intercourse or anything else does nullify the fast. The person who is junub[2] must perform ghusl before the time for the fajr prayer has elapsed.[3]

A man has intercourse with his wife and does not perform ghusl until after Fajr has come in.

There is no harm in that. Rather, he has only left that which is preferable.[4]

Is it true that janābah invalidates the fast?

If someone becomes junub, for whatever reason, before dawn has entered, the validity of his fast is not affected. Rather, it is disliked for him to delay his ghusl until after fajr has entered, as it is better to start one’s fast while being pure.

However, if he becomes junub after dawn has entered and the cause is from him, i.e. he masturbated, for example, or he was playing around with his wife and that led to ejaculation, his fast is nullified. If he has intercourse, the fast is broken and he is obligated to expiate his sin by fasting two months consecutively.

As for someone who becomes junub because of something else, such as someone who has a wet dream, the validity of his fast is not affected. He performs ghusl and keeps fasting.
[1] (tn): i.e. a state of major ritual impurity, which requires that one wash one’s entire body, i.e. ghusl
[2] (tn): i.e. in a state of janābah
[3] (tn): i.e. in order to pray fajr
[4] (tn): “On the night of the fast, it is lawful for you to have sexual relations with your wives.” [al-Baqarah 2:187] ‘This statement is evidence that the fast of the person who wakes up while being junub is valid, even though it is not the main purport of the statement itself, because being junub while fasting is an inevitable consequence of having intercourse until the last moment of the night. In other words, it is permissible for a person to have intercourse with his wife until the last moment of the night, which leaves insufficient time to perform ghusl. The person will therefore complete some of his fast before performing ghusl. If his fast were not valid, Allah would have commanded him to refrain from intercourse some time before fajr such that there would be enough time to perform ghusl. Since Allah has not commanded such, this is evidence that it is permissible to wake up while being junub and that one’s vast is valid in the Revealed Law. [Al-Wajīz fī Uṣūl at-Tashrīʿ al-Islāmī by Imam Muḥammad Ḥasan al-Hītū (Beirut: Muʾassasah ar-Risālah, 1436/2015), p.122-123.]

More Fatawa on Ramadan and Fasting
Posted by Mahdi Lock at 18:07 No comments:

Does Inhaling Steam Affect the Validity of the Fast? 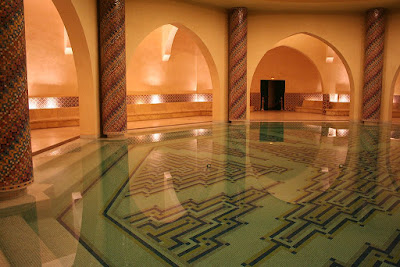 If a fasting person inhales steam from the bath while bathing, does that break his fast and obligate that he make it up?

Steam from a bath has no effect on one’s fast.

More Fatawa on Ramadan and Fasting
Posted by Mahdi Lock at 02:26 No comments:

Fasting While Pregnant and the Weaknesses that Can Result

Translations of fatawa from Naseem al-Sham 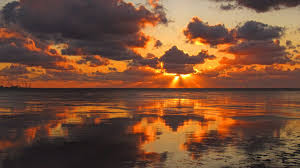 A woman is in the ninth month of her pregnancy and when she fasts, she feels slightly nauseous before ifṭār. Is she allowed not to fast?

My wife is in the ninth month of her pregnancy and we are in Germany. The fast is long, up to seventeen hours. Should she fast or not fast?

Giving a fatwā as to whether one should fast or not goes back to the opinion of a trustworthy physician. Thus, one should consult a Muslim physician who is trusted with his religion in order for him to clarify the extent to which she is able to fast, or the extent to which she or the baby could be harmed. In the case of her being harmed, she makes up the fast later and does not have to pay a fidyah. In the case of the baby being harmed but not her, she makes up the fast later and pays the fidyah.

More Fatawa on Ramadan and Fasting
Posted by Mahdi Lock at 18:29 No comments: