A translation of this fatwa 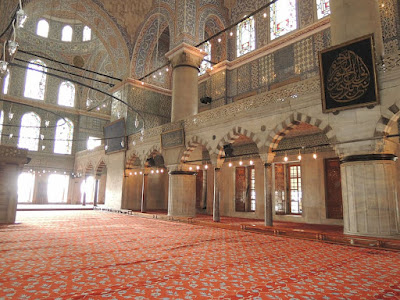 In the Name of Allah, the All-Merciful, the Most Merciful
Fatwā of the Scholarly Fiqh Council of the Ministry of Endowments and the Scholars’ Union of Sham


· In accordance with the fiqhī rulings that are contained within the objectives of the Islamic Revealed Law for the sake of preserving life, protecting against illnesses as much as possible, and maintaining the physical health of those who are legally accountable;

· In accordance with the World Health Organization declaring that the coronavirus has become a global pandemic, and that nowhere in the world is removed from this danger;

· Out of concern for the well-being of those who pray and frequent the masjids, to support precautionary measures against the spread of gastric and infectious diseases, within measures to combat the spread of the coronavirus;

· In accordance with the necessary instructions issued by both governmental and health authorities to close schools, universities, institutes and other educational facilities temporarily in order to avert harm;

· In accordance with the established fear of experts and specialists within the medical profession, and others, that this epidemic will definitely or most likely spread because of crowded places and gatherings;

· Because the jurists[1] have established that preponderant likelihood[2] holds the place of certainty in juristic rulings of the Revealed Law;


The Scholarly Fiqh Council and the Scholars’ Union of Sham declare the following:


Fatwā Regarding the Suspension of the Jumuʿah Prayer and Khuṭbah as well as Congregational Prayers and all Other Gatherings in Masjids, temporarily, until the reasons behind said suspension cease to be, based on an official statement from the Ministry of Health. This is because, in emergency circumstances such as these, the fuqahāʾ must take into consideration the calamities that have befallen people when giving their rulings, which is to consider that which will protect them from harm and save lives, and that which is in accordance with the Islamic Revealed Law. Thus, we hold that:

1. There is no objection in the Revealed Law:

· To suspending congregational prayers (which are an emphasized sunnah)[3] in masjids and sufficing with performing them at home, temporarily, until the reasons behind said suspension cease to be, based on an official statement from the Ministry of Health.

· To suspending the Jumuʿah Prayer and Khuṭbah in masjids, and thus people must pray Ẓuhr in their homes instead of Jumuʿah, temporarily, until the reasons behind said suspension cease to be, based on an official statement from the Ministry of Health.

· To suspending all classes, meetings, social gatherings and celebrations in masjids, as well as all halls that are specifically for celebrations or grieving, temporarily, until the causes behind said suspension cease to be, based on an official statement from the Ministry of Health.

- Due to the Exalted One’s statement: “Wherever you turn, there is Allah’s Face. Allah is All-Encompassing, All-Knowing.” [al-Baqarah 2:115]

- And the ḥadīth of the Prophet, may Allah bless him and grant him peace, {For me, the earth has been made both a masjid and made pure.}


2. It is obligatory in the Revealed Law:

· To utilize the means of protection against the epidemic, treatment and quarantine as obligated by the Ministry of Health.

· If one feels that they are afflicted with the epidemic, to openly declare it so that the infection is not transferred to others and so that diseases do not spread.

- Due to the ḥadīth of the Prophet, may Allah bless him and grant him peace, {The one who is ill is not brought into the presence of the one who is healthy.} (Agreed upon.)

- And due to his ḥadīth, may Allah bless him and grant him peace, {There is to be no harm and no reciprocating of harm.} (The Muwaṭṭaʾ of Imam Mālik.)

3. It is permissible in the Revealed Law:

· To suffice with merely giving the call to prayer[4] for the five daily prayers from the masjids, temporarily, until the reasons behind said suspension cease to be, based on an official statement from the Ministry of Health.

· That the muʾadhdhin say at the end of the adhān: ‘People, pray in your homes. O Allah, lift tribulation, epidemics and evil illnesses from us.’ This is legitimate in times of epidemics and gastric diseases.

- Due to the ḥadīth of ʿAbdullah ibn ʿUmar, may Allah be pleased with him, from the Prophet, may Allah bless him and grant him peace, that he would command the caller to call people to pray and then tell them to pray in their stopping places on cold nights and rainy nights, which is agreed upon. In other words, pray in your homes, and if this is the case with rain and severe cold, then in times of epidemics and contagions it is even more so.


4. Likewise, we ask you to seek refuge in Allah the Exalted, to deliver His lands and His slaves from tribulation and disease:

· Especially in the hours before dawn,[5] by seeking Allah’s forgiveness and doing a lot of glorification[6]

· By asking Allah for pardon and well-being, especially when prostrating and in places where supplications are more likely to be answered

· By sending lots of blessings upon the Beloved Prophet, may Allah bless him and grant him peace

- Due to Allah’s statement: “I said, ‘Ask forgiveness of your Lord. Then He is Endlessly Forgiving. He will send the sky down on you in abundant rain and provide you with more wealth and children, and grant you gardens and grant you waterways.’” [Nūḥ 71:10-12]

- Due to His statement, Exalted and Blessed is He: “The part of the night they spent asleep was small, and they would seek forgiveness before the dawn.” [adh-Dhāriyāt 51:17-18]

- Due to his statement, may Allah bless him and grant him peace, to Ubay ibn Kaʿb, may Allah be pleased with him, when he said to him, ‘I have made my entire supplication the sending of blessings upon you’: {Therefore, Allah will take care of whatever troubles you in your worldly life and your Hereafter, and will forgive you your sins.} (at-Tirmidhī)

- Due to the statement of Imam ash-Shāfiʿī: ‘I have not seen anything more beneficial in the face of disease than at-tasbīḥ.’ (Ḥilyat al-Awliyāʾ)

Asking Allah the Exalted to deliver us from tribulation and disease