Imam al-Ghazali on Communism, plus the true story of Thanksgiving


An early warning against central planning, and where Thanksgiving comes from 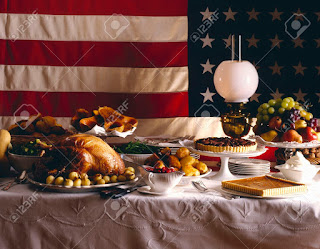 Please watch this video and learn how Thanksgiving was the result of settlers discovering property rights and the free market. For the first several years, they starved to death in droves because their leaders implemented a collectivist policy: each according to his ability, each according to his need. Inevitably, the needy greatly outnumbered the able and man-made famine was the inexorable result. Socialism, communism, collectivism, whatever you wish to call it, causes death and destruction on a massive scale. What was unique about the settlers in Virginia in the early 1600s CE was that there was no previously accumulated wealth that they could fall back on, and thus starvation and famine were the immediate consequence. When collectivist/leftist/Marxist ideas are implemented in a more developed economy, it takes a bit longer for those same results to come to fruition because the economy can keep going a bit longer based on whatever wealth it has accumulated. The European Union and United States are clear examples of this, but the result will be the same if there is no drastic change of course.

The point about need immediately reminded me of Imam al-Ghazali's words in his The Book of the Lawful and the Unlawful. What we have below is a brilliant and scathing critique of Marxism avant la lettre, or before its time, by about 800 years. The important part is in the last two paragraphs and the emphases added in italics are mine:

May Allah reward Imam al-Ghazali for his insight and may He cause us all to benefit from his knowledge and widsom, ameen. For Muslims in the Anglosphere, and especially the United States, it helps to know where holidays and special occasions come from. Secondly, it helps to recognise and acknowledge that the lessons to be learnt were taught by our own scholars, several centuries prior, and with Allah alone is every success.

My father oppresses me greatly 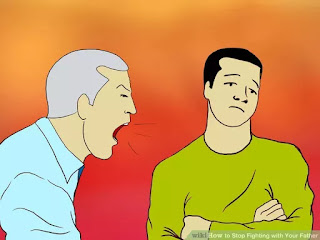 My father oppresses me greatly by evoking doubts about my words and actions and he puts a lot of pressure on me. He tells me to do something, so I do what he asks and then some time later he rebukes me for what I did. This never ends. He frequently gets angry and I have not been able to change anything.[1] He does not pray and he commits a lot of disbelief (kufr). What should I do?

In the Name of Allah, all praise be to Allah and blessings and peace be upon our master Muḥammad, the Messenger of Allah, and upon his family and Companions and those who follow him.

To proceed: Dealing with parents is not in order to reclaim a right or an example of a partnership. Rather, it is a transaction with the Generous Lord, so have confidence in the existence of Allah the Exalted, who says in His Majestic Exposition, “Take them under your wing, out of mercy, with due humility and say: ‘Lord, show mercy to them as they did in looking after me when I was small.’ Your Lord knows best what is in your selves. If you are righteous, He is Ever-Forgiving to the remorseful.” [al-Isrāʾ 17:24-25] In other words, Allah knows what is in your selves, whether your intend righteousness (birr) towards them or recalcitrance (ʿuqūq). If you obey His command, He is Ever-Forgiving towards those who keep returning to Him, i.e. He is very forgiving. Be upright and sincere in your perseverance and anticipate your reward from your Protector, Who has written abundant reward for those who act well and will not their reward go to waste. The Glorified has said, “But as for those who believe and do right actions, We will not let the reward of good-doers go to waste.” [al-Kahf 18:30] I advise you not to get into conversation with him, let alone debates. Instead of all of that, have hope and supplicate to the Lord of the Heavens to guide his heart and open his chest to the light of repentance and remorse. I will supplicate with you, if Allah so wills, and perhaps the Protector, Glorified is He, will respond according to the promise of the greatest master, may Allah bless him and grant him peace, that a brother’s supplication for his brother in secret is answered. 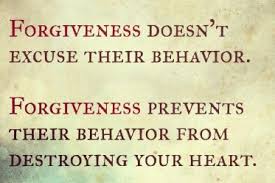 Related Post:
Showing Birr to Parents and The Rights of Children
[1] (tn): this sounds a lot like NPD, or narcissistic personality disorder, and Allah knows best
Posted by Mahdi Lock at 19:00 No comments:

Alone in an Elevator 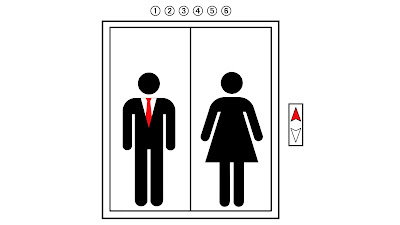 I have sent this question before and I urgently need an answer. I work in a hospital and I need to use an elevator several times a day. If I get in the elevator and there is only one man inside, or vice versa, is that considered khalwah?[1] Please provide me with an answer and may Allah reward you with every goodness. I apologise if I am pestering you.

I do not consider that to be khalwah as long as the elevator works, it ascends and descends, and the man is known to have good manners.

If you come across an individual who is known to have bad manners, in that case you must avoid any situation that would expose you to his evil behaviour.

And if you are in a country in which the electric grid shuts down on a regular basis, you should not get into an elevator with a foreign man.
[1] i.e. a man and woman being alone in a place in which no one can gain access to them, such as a room whose doors and windows are locked and the curtains are lowered (Muʿjam Lughat al-Fuqahāʾ)
Posted by Mahdi Lock at 11:55 No comments:

Terminological Differences Between the Sciences of Fiqh and Uṣūl al-Fiqh


A translation of this fatwa from Naseem al-Sham

Yes, there is a difference between some of the terms that are used in the science of uṣūl al-fiqh and those same terms when they are used in fiqh. One of the most prominent differences is the term sunnah. In fiqh, it means that which is required to be done by way of recommendation, while in uṣūl al-fiqh, it is the second source of legislation, and this means: what has been related from the Prophet, may Allah bless him and grant him peace, by way of statements, actions and affirmations…and the matter manifests itself in more than that when one thoroughly studies terminology. This is because the science of uṣūl al-fiqh only deals with sources of legislation, what words indicate and the research behind rulings. As for fiqh, it looks for the detailed rulings that are derived from their revelational (sharʿī) evidences.

[1] (tn): Musa Furber, in his preface to his translation of Sharḥ al-Waraqāt by Imam al-Juwaynī (Wroclaw: Islamosaic, 2014), explains the translation of these terms by saying, ‘Knowledge of the legal status and performance of actions is the subject of the discipline of law (fiqh). How this knowledge is known is the subject of jurisprudence (uṣūl al-fiqh). The English phrase “Islamic law” refers to the subject known in Arabic as “fiqh”. The original meaning of “fiqh” in Arabic relates to deep understanding. Imam al-Ghazālī and others note that the early generations used the term “fiqh” to refer to knowledge of the path to the Afterlife, knowing the subtle vitiations of the tongue, spoilers of deeds, having strong comprehension as to the paltriness of this life, intense desire for the bounties of the Afterlife, and fear being dominant in the heart. Later, the term settled on the definition we have now: “knowledge of the legal rulings associated with deeds, obtained through specific evidences.” A scholar of fiqh is known as a faqīh (pl. fuqahāʾ). The English phrases “Islamic legal methodology”, “foundations of Islamic law”, “Islamic jurisprudence”, and the like, refer to the subject known in Arabic as uṣūl al-fiqh, which is defined as “knowing the general evidences of fiqh, how to use them, and the conditions for the person using them.” A scholar of uṣūl al-fiqh is known as an uṣūlī (pl. uṣūliyyūn). The proper exercise of uṣūl al-fiqh is ijtihād – exercising expert reasoning.’ (p.viii)
Posted by Mahdi Lock at 15:43 No comments: