A Guide to the Book of Allah 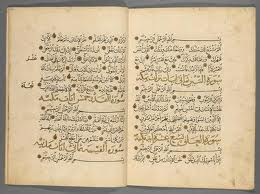 In the Name of Allah, The All Merciful, The Most Merciful

The following verses are provided to help you approach the Qur’an and try to grasp some of its meaning. Allah willing, it will be very beneficial for you.
Allah

‘Know that there is no god but Allah, and seek forgiveness for your sins.’ [Muhammad 47:19]

‘There is nothing like him whatsoever, and He is the All-Hearing, the All-Seeing.’ [as-Shura 42:11]

‘Allah, there is no god but He, the Living, the Self-Sustaining. Neither slumber nor sleep overtakes Him. All that is in the heavens and the earth belongs to Him. Who is there that can intercede with Him except by His leave? He knows what is before them and what is behind them, but they do not comprehend any of His knowledge except what He wills. His Throne extends over the heavens and the earth; it does not weary Him to preserve them both. He is the Most High, the Tremendous.’ [al-Baqarah 2:255]

‘Their messengers said: “Is there doubt in Allah, the Originator of the heavens and the earth? He calls you to Him in order to forgive you your sins and He gives you respite until an appointed time.’ [Ibrahim 14:10]

‘And if My slaves ask you about Me, indeed I am near. I respond to those who call Me, so let them respond to me, and believe in Me, so that they may be guided.’ [al-Baqarah 2:186]

Muhammad, prayers and peace of Allah be upon him

‘Indeed in the Messenger of Allah you have the best example.’ [al-Ahzab 33:21]

‘ Indeed Allah did a great favour for the believers when He sent a Messenger to them from amongst them who recites His verses before them and purifies them and teaches them the Book and the Wisdom.’ [Aal-Imran 3:164]
‘Indeed a light has come to you from your Lord and a Clear Book.’ [al-Ma’ida 5:15]

‘ Jesus, Son of Mary, said, “Children of Israel, I am sent to you by God, confirming the Torah that came before me and bringing good news of a Messenger to follow me whose name will be Ahmad [Muhammad].” [as-Saf 61:6]

‘God will bring to nothing the deeds of those who disbelieve and bar others from the way of God, but He will overlook the bad deeds of those who have faith, do good deeds, and believe in what has been sent down to Muhammad – the truth from their Lord – and He will put them into a good state.’ [Muhammad 47:1-3]

‘If anyone seeks a religion other than Islam it will not be accepted from him, and he will be one of the losers in the Hereafter.’ [Aal-Imran 3:85]

‘Today I have perfected your religion for you, completed my blessing upon you, and chosen Islam as your religion.’ [al-Ma’ida 5:3]

‘This is the Book in which there is no doubt, containing guidance for those who are mindful of God, who believe in the unseen, keep up the prayer, and give out of What we have provided for them; those who believe in the revelation sent down to you [Muhammad], and in what was sent before you, and they have firm faith in the Hereafter.’ [al-Baqarah 2:2-4]

‘If you are in doubt about what we have revealed to our slave [Muhammad] then bring one chapter that can compare to it, and call on your helpers from other than Allah if indeed you are truthful. And if you cannot, and you never will, then fear the Fire, fuelled by men and stones, prepared for the disbelievers.’ [al-Baqarah 2:23}

‘Do they not contemplate the Qur’an? Do they have locks on their hearts?’ [Muhammad 47:24]

‘Indeed We have sent down an Arabic Qur’an so that you might use your intellect.’ [Yusuf 12:2]

‘Indeed we have sent down the Reminder [Qur’an] and We will surely protect it.’ [al-Hijr 15:9]

Jesus, peace be upon him

‘She want back to her people carrying the child, and they said, “Mary! You have done something terrible! Sister of Aaron! Your father was not an evil man; your mother was not unchaste!” She pointed at him. They said, “How can we speak with an infant in a cradle?” He [Jesus] said: “ I am a servant of God. He has granted me the Scripture; made me a prophet; made me blessed wherever I may be. He commanded me to pray, to give alms as long as I live, to cherish my mother. He did not make me domineering or graceless. Peace was on me the day I was born, and will be on me the day I die and the day I am raised to life again. Such was Jesus, son of Mary.’ [Maryam 19: 27-34]

‘He will send him as a Messenger to the Children of Israel: “I have come to you with a sign from your Lord: I will make the shape of a bird for you out of clay, then breathe into it and, with God’s permission, it will become a real bird; I will heal the blind and the leper, and bring the dead to life with God’s permission; I will tell you what you may eat and what you may store up in your houses. There truly is a sign for you in this, if you are believers. I have come to confirm the truth of the Torah which preceded me, and to make some things lawful to you which used to be forbidden. I have come to you with a sign from your Lord. Be mindful of Allah, obey me: Allah is my Lord and your Lord, so worship him – that is the straight path.’ [Aal-Imran 3:49-51]

‘[They said], “We have killed the Messiah, Jesus, Son of Mary, the Messenger of God.” They did not kill him, nor did they crucify him, though it was made to appear like that to them; those that disagreed about him are full of doubt, with no knowledge to follow, only supposition: they certainly did not kill him – God raised him up to Himself. God is Almighty and Wise’ [an-Nisa’ 4:157-8]

‘People of the Book, do not go to excess in your religion, and do not say anything about God except the truth: the Messiah, Jesus, Son of Mary, was nothing more than a Messenger of God, His word, directed to Mary, a spirit from Him. So believe in God and His Messengers and do not speak of a ‘Trinity’ – stop this, that is better for you – God is only one God, He is far above having a son, everything in the heavens and the earth belongs to Him and He is the best one to trust. The Messiah would never disdain to be a servant of God, nor would the angels who are close to him.’ [an-Nisa’ 4:171-2]

‘Those who say, “God is the Messiah, son of Mary,” have disbelieved. The Messiah himself said, “Children of Israel, worship God, my Lord and your Lord.” If anyone associates others with God, God will forbid him from Paradise, and Hell will be his home. No one will help such evildoers.’ [al-Ma’ida 5:72]

‘Those who say that God is the third of three have disbelieved: there is only one God. If they persist in what they are saying, a painful punishment will afflict those of them who persist. Why do they not turn to God and ask His forgiveness, when God is most forgiving, most merciful? The Messiah, Son of Mary, was only a Messenger, other Messengers had come and gone before him; his mother was a virtuous woman; both ate food [like other mortals]. See how clear we make these signs for them; see how deluded they are.’ [al-Ma’ida 5:73]

‘When God says, “Jesus, Son of Mary, did you say to people, ‘Take me and my mother as two gods alongside God’?” he will say, “May you be Exalted! I would never say what I had no right to say – if I had said such a thing You would have known it: You know all that is within me, though I do not know what is within You, You alone have full knowledge of things unseen – I told them only what You commanded me to: ‘Worship God, my Lord and your Lord.’”  [al-Ma’ida 5:116-7]

‘ So woe to those who write something down with their own hands and then claim, “This is from God,” in order to make some small gain. Woe to them for what their hands have written! Woe to them for all that they have earned!’ [al-Baqarah 2:79]

‘ We revealed the Torah with guidance and light, and the prophets, who had submitted to God, judged according to it for the Jews. So did the rabbis and scholars in accordance with that part of God’s Scripture which they were entrusted to preserve, and to which they were witnesses. So do not fear people, fear Me; do not barter away My Messages for a small price; those who do not judge according to what God has sent down do not believe in it.’ [al-Ma’ida 5:44]

‘There is no compulsion in religion: guidance has been clearly distinguished from error, so whoever rejects false gods and believes in Allah has grasped the firmest handhold, one that will never break.’ [al-Baqarah 2:256]

Related Posts:
The Purpose of Life
A Guide for New Believers
Posted by Mahdi Lock at 23:14