The Fruits of Patience, Relief from Distress, Hardship and Ease 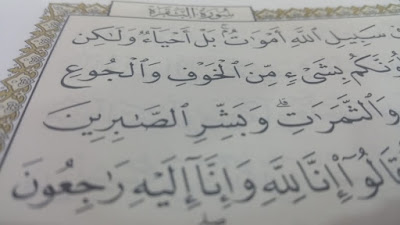 1. The Fruits of Patience

You can deduce from the aforementioned that that the fruits of patience include: contentment, tranquillity, feeling happy, realising might, honour and goodness, and being deserving of Allah’s support, Mighty and Majestic is He, as well as His victory and love. On top of all of that, there is the fruit of the Hereafter, which is embodied in that permanent blessing that they obtain in full without any reckoning: “The steadfast will be paid their wages in full without any reckoning.” [Az-Zumar 39:10] They will be in a Garden as wide as the heavens and the earth, adorned with reverent angels greeting them: “Gardens of Eden which they will enter, and all of their parents, wives and children who were righteous. Angels will enter in to welcome them from every gate: ‘Peace be upon you because of your steadfastness! How wonderful is the Ultimate Abode!’” [ar-Raʿd 13:25] The Lord of Might turns to it with forgiveness, victory and pleasure: “Today I have rewarded them for being steadfast. They are the ones who are victorious.” [al-Muʾminūn 23:111] “But give good news to the steadfast, those who, when disaster strikes them, say, ‘We belong to Allah and to Him we will return.’ Those are the people who will have blessings and mercy from their Lord.” [al-Baqarah 2:155-157] One should take note of the victory Allah, Mighty and Majestic is He, grants His believing slaves, the Day when neither wealth nor children will be of any benefit, except to those who come to Allah with sound hearts.[1] For everything mentioned above, patience is the best thing a person can be given. The Messenger of Allah, may Allah bless him and grant him peace, spoke the truth when he said, {No one has been given a greater and vaster gift than patience.} This is agreed upon.

Man is constantly dealing with trials and afflictions and is exposed to various kinds of tribulation. Matters become unbearable and oppressive for him, such that he reaches a point in which grief and sorrow take over his soul, and he falls into distress. All of this is a test from Allah the Glorified, and until the believer carves his path towards Paradise with merit. If he succeeds in the test, and is thus patient and anticipates reward in the manner that has been described, does not become exasperated or despair, realises that all of this is according to Allah the Exalted’s decree and predestination and is thus content with it and his soul trusts in Him, Allah the Exalted’s solicitude seizes him, he is relieved of his grief, sorrow is removed from his soul, he is freed from every oppression and he is saved from every agony. That is the clear victory and the immense triumph in this life and the Hereafter. This is when it becomes clear to the believing slave who has taqwā that light bursts forth from within darkness, that abundant rain comes from dark clouds, that the distress he was in was only for some good that was willed for him, that relief will come from within this distress, and that this was for nothing other than that the sincere slave be cut off from everything besides Allah, Mighty and Majestic is He, that he attach his heart to his Creator alone, the heart that is certain that the entire affair is in His hand. Read these meanings in Allah’s words, Mighty and Majestic is He: “Or did you suppose that you would enter Paradise without facing the same as those who came before you? Poverty and illness afflicted them and they were shaken to the point that the Messenger and those who believed with him said, ‘When is Allah’s help coming?’ Be assured that Allah’s help is very near.” [al-Baqarah 2:214]

Allah the Exalted has also said, “It is He who sends down abundant rain, after they have lost all hope, and unfolds His Mercy.” [ash-Shūrā 42:28] Maybe you can see this meaning clearly in the story of Kaʿb ibn Mālik and his two companions, may Allah be pleased with them, when they stayed back from the battle of Tabūk and the Prophet, may Allah bless him and grant him peace, commanded people to disassociate from them. Then they were afflicted with the distress that they were afflicted with, until: “the earth became narrow for them, and their own selves became constricted for them and they realised that there was no refuge from Allah except in Him”. Then there was relief and there was mercy: “He turned to them so that they might turn to Him. Allah is the Ever-Returning, the Most Merciful.” [at-Tawbah 9:118] You can see the same in the stories that the Qurʾān relates to us, stories of His prophets and saints being relieved of their distresses, and how Allah the Exalted honoured His prophet Muḥammad, may Allah bless him and grant him peace, and his Companions, may Allah be pleased with them, in these kinds of situations. This makes us trust in Allah’s mercy, Mighty and Majestic is He, and desire His magnanimity, whenever calamities intensify, adversity surrounds us and distress becomes ingrained.

You will notices that the meanings of the ḥadīth are closely tied together, some of them taking from others. Hardship causes distress, and ease is one of the doors of relief. Everyone needs patience and durability, and behind that, there is triumph and victory. All of that is from Allah the Exalted’s bounty and mercy towards His slaves, for He has established the norm that hardship be followed by ease or connected to it. He the Glorified says, “Allah will appoint after difficulty, ease.” [at-Ṭalāq 65:7] and He has said, “For truly with hardship comes ease; truly with hardship comes ease.” [ash-Sharḥ 94:5-6] This is why He the Glorified has only legislated for His slaves that which contains ease: “Allah desires ease for you; He does not desire difficulty for you.” [al-Baqarah 2:185] and He has and lifted them that which contains adversity, difficulty and hardship: “…and He has not placed any constraint upon you in the religion.” [al-Ḥajj 22:78]

Al-Bazzār has related in his Musnad from the ḥadīth of Anas, may Allah be pleased with him, that the Prophet, may Allah bless him and grant him peace, said, {If hardship were to come and enter this hole, ease would come so that it could enter and remove it.} Allah, Mighty and Majestic is He, then revealed, “For truly with hardship comes ease; truly with hardship comes ease.” His words, may Allah bless him and grant him peace, are emphasising that hardship and difficulty are never prolonged for a person, as long as he is content with what Allah the Glorified has predestined for him, he adheres to what Allah has commanded and forbidden, seeks refuge in Him alone and trusts Him to turn his hardship into ease: “Whoever puts his trust in Allah – He will be enough for him.” [at-Ṭalāq 65:3]