Putting some initial ideas into writing 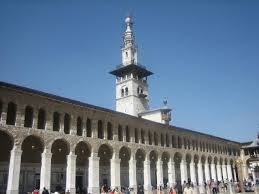 Praise be to Allah, I recently finished translating the book The Qur'anic Approach to Human Civilisation by Imam Muhammad Saeed Ramadan al-Bouti, may Allah have mercy on him, and while I do not wish to go into great length here about the contents of the book (insha'Allah, I will in future podcasts and blogs), there are some key points that can be drawn and then compared with certain ideas coming out of the Anglosphere.

For starters, Imam al-Bouti defines civilisation as the fruits of the interaction between man, his lifespan and the universe. To create ideal civilisation, those three components must be understood accurately and correctly:
What should be obvious from the above is that Islamic civilisation is rooted in the firm conviction that Allah the Exalted exists and that He is the Creator of the universe.

Any other civilisation that emerges and comes to dominate the earth will do so because Muslims are failing to live their lives in accordance with the abovementioned understanding. Furthermore, any civilisation that emerges without this Qur'anic understanding will be bearing the seeds of its own destruction within itself. This means that Muslims not only have the tools to perpetuate their civilisation but those same tools can be used to revive it should it become stagnant, whither and die. In other words, civilisations (or Islamic civilisation in particular) are not organic entities whose "lives" must necessarily mimic the lives of human beings: weakness followed by strength, then weakness again followed by death.

Another thing the Imam mentions is what might best be termed "controlled openness" to new ideas. A favourite refrain of many writers and intellectuals is that the Islamic world is so backward nowadays because it has shut itself off from the rest of the world, but how is this even remotely true? Western civilisation is very much prevalent in the Islamic heartlands: look at the school systems, the movies, the TV shows, social media etc. Furthermore, consider the fact that Muslims regularly travel to North America and Europe, as tourists, students, workers and so on.

The key thing is this: as Muslims are interacting with the outside world and constantly exposing themselves to new ideas and notions, who is acting as a filter? Who is helping them distinguish the beneficial and useful from the false and harmful? Without such a filter, we have nothing but blind imitation and subservience. We have to do it because the Americans (or the French, or the British) do it and that's the end of the discussion.

So, we have to come back to a balance. I have just been reading the book The Art of the Argument by Stefan Molyneux and therein he explains that confirmation bias can be a good thing, because it is a filter that allows you to properly categorise new knowledge and information. It's like a healthy digestive system; your body takes the nutrients that it needs and discards the rest. Without it, you absorb absolutely everything and become full of toxins and disease. Likewise, without confirmation bias, you have no foundation to ground yourself in.

Molyneux expands on this and says:

In the Muslim world, Imam al-Bouti describes the problem as follows:


'The backwardness that the Muslims are suffering from is embodied in them turning away from creativity and instead following others. After producing and exporting, they have now turned to importing and consuming.[1] Thus, in reality, they are dashing forward and not withdrawing within themselves. They are plunging headlong into subservience and imitation, without waiting for someone to look into the matter[2] on their behalf and give them a fatwa.'

[1] I do not mean the production or consumption of commodities. Rather, I mean principles and values in general, and everything that falls under the achievements of civilisation.
[2] (tn): i.e. do ijtihād, or expert juridical reasoning

Muslims are blindly consuming the principles and values of the West, or Europe and the Anglosphere. Furthermore, this imitation is not lifting them out of their backwardness. Imam al-Bouti also points out that the Muslim world is full of technical institutes and colleges, and there is an abundance of doctors, engineers and other highly-educated professionals, but there's still the backwardness. Why?

The answer is spiritual, and it lies in having a true understanding of man, the universe and life and acting according to that understanding. Knowledge of physics, biology, chemistry, technology, modern medicine etc. does not automatically, or even necessarily, produce moral, upright, well-rounded human beings. This is also a problem that the West is suffering from right now. They have by and large rejected their religion, but how does morality emerge without religion? Rationality does not necessitate morality. Another way to put it would be to say that proficiency in the material does not necessarily lead to progress in the spiritual.

The balance referred to above is the right balance between order and chaos, and you can think of order as your comfort zone. Your comfort zone is constantly being challenged and threatened, and if you react by retreating further into it, it eventually shrinks into nothing, suffocating you to death. People who commit suicide say they can't find "any place" in life. To have and maintain a comfort zone, you have to keep expanding it, which means you have to dip your toe into the sea of chaos, overcome it and incorporate it into your order. If you plunge into the chaos, i.e. without a maintaining a foothold in order, everything falls apart.

A cursory glance at Islamic civilisation shows that Muslims have been very adept at filtering and then benefiting from new knowledge and information. Examples that spring to mind include Salman al-Farisi, may Allah be pleased with him, proposing to build a trench in order to defend Madinah through to institutions like Bayt al-Hikmah in Baghdad. Yes, in the latter case, mistakes were made, heresies emerged (e.g. the Mu'tazilah) but the foundations of Muslim Orthodoxy held through and the civilisation kept going, and was even able to recover after the Mongol invasions and the sacking of Baghdad.

Who does this? The answer is the authorities, or maraaji' in Arabic. These are the people who have temporal and spiritual authority over the Ummah. They bear the intellectual legacy of this Ummah but also give it life. They study new ideas, filter them through the accumulated knowledge of this Ummah and then give a ruling. For example, refuting evolution theory isn't done by merely quoting one of our classic theology texts. Rather, its argument has to be examined, compared with our knowledge and then given a judgement.

Amongst Muslims, stagnation is found in the cults, political movements and many Sufi tariqahs, and such organisations never produce individuals. Rather, they produce braying jackasses, i.e. they all think and speak the same way. Critical faculties went missing a long time ago. I say braying jackasses because this is the metaphor used in the story of Pinocchio, as explained by Jordan Peterson in this lecture. People who allow themselves to be manipulated and lack the courage to think and act for themselves end up in this state, whether Muslim or not. As Orthodox Muslims, we do follow schools of law and theology, but we also think. We have enquiring minds. Our schools have thousands of scholars, not just one at the top that pontificates for all and sundry. Those same schools have authorities, and they emerge in every age and deal with the issues of that age. From their ranks, the renewers of the faith emerge in every century. Regarding the laity, I wrote the following in my book review of Eric Hoffer's The True Believer:

'Orthodox Muslims carry the characteristics of being sagacious and thoughtful believers, always prepared to investigate and cross-reference. Putting all our eggs in one basket, i.e. by joining a cult or ‘ṣūfī’ ṭarīqah and letting those in charge make all our decisions is not our way.'

What this means is that when you follow a school of law, i.e. one of the four, you do not stick to one teacher or one organisation and that's it, or stick to one book. Rather, you seek to enhance your knowledge and experience by going to different teachers, within your school and without, and reading a wide array of literature. You investigate, you cross-reference, you ask questions, and as long as you stay within the broad parameters laid down by the maraaji', you are safe. This is how you establish a balance between order and chaos, and how you maintain a healthy, sustainable comfort zone; it can only be sustainable if it keeps expanding. There is none of this horrible, baseless notion that there is only one way of doing things.

Travelling is also crucial. If, for example, you grow up in a Pakistani community in the United Kingdom and that is the only kind of Islam you are ever exposed to, you might be quite shocked upon visiting places like Morocco, Egypt and others parts of the Muslim heartlands. In such a situation, you have to embrace it, expand your horizons and grow as a believer. Don't run back home in horror. This is exactly how stagnation happens; when you retreat into your comfort zone.

This is a preliminary discussion. There is a lot to say on this topic, and I intend to do more blog posts and especially podcasts. The conclusion that can be drawn so far is that the revival of Islamic civilisation lies in Muslims becoming and being well-rounded, inquisitive, pensive, upright, Orthodox believers, and we have to be constantly striving to better ourselves.

Allah knows best and with Him alone is every success.

Please feel free to add your thoughts below.
Posted by Mahdi Lock at 23:18

I've recently finished reading your translation and have recommended it to others. I can't find an email. Please would you contact me: talha at talhaahsan.com.