Is it permissible to take out a mortgage? 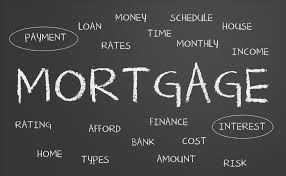 The European Council for Fatwa and Research has declared it permissible to purchase a house using an interest-based loan in non-Islamic countries based on the juristic principle that necessities permit forbidden matters (al-ḍarūrāt tubīḥ al-maḥẓūrāt)[1] and based on the statement of the Ḥanafīs that it is permissible to deal in interest in Dar al-Ḥarb (the Abode of War), and according to the Ḥanafīs Dar al-Ḥarb is non-Islamic countries, as is mentioned in the fatwa.  It is worth mentioning that many Muslims act upon this fatwa, especially in America and in European countries.  Thus, to what extent is this fatwa, which has been agreed upon by some scholars who are well-known in the Muslim world, valid and who bears the sin: the one who acts upon the fatwa or the scholars from this Ummah who issued it?

Answer (from Imam Muḥammad Saʿīd Ramaḍān al-Būṭī, may Allah have mercy on him):

This fatwa that has circulated and been attributed to the Ḥanafī madhab is a lie and an act of oppression against them, for the Ḥanafīs do not say that every land of disbelief (kufr) is Dar al-Ḥarb. If that were the case then it would be obligatory upon the Muslims to fight all of them, and may a Muslim be far from saying such a thing. Dar al-Ḥarb refers to a country that the Imam of the Muslims has declared war against, and thus whatever of their wealth that reaches us during that time is war booty for us and whatever reaches them of our wealth is war booty for them. Therefore, dealing in interest is impermissible for a Muslim in every time and in every place. When you find yourself in Dar al-Ḥarb you fight the combatants who fight you. Every event has a discussion and every problem has a solution.

Related Posts:
The Abodes of the Earth
Europe is not Dar al-Ḥarb
Understanding Ḍarūrah and Ḥājjah and Their General Rules
Fatawa that Appear Islamic but Actually Serve the West


[1] (tn): even though buying a house is not necessary for preventing death and destruction
Posted by Mahdi Lock at 13:48

Please explain what you are referring to.

UPDATE: Alhamdulilah, I have just published a book that goes into detail on this topic: