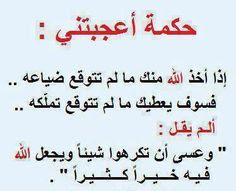 Decree (qaḍāʾ) and Predestination (qadar); what they both mean and the obligation to believe in them


The necessity to have faith in decree and predestination stems from two evidences:

The first of them is the authentic ḥadīth narrated by Muslim: {Faith is to believe in Allah, His angels, His Books, His Messengers, the Last Day and predestination, the good of it and the bad of it.}
The second of them is what we have already explained in terms of Allah being described with knowledge and power, for decree is a branch of the attributes of knowledge and will being affirmed for Allah, Mighty and Majestic, and predestination is a branch of the attributes of power being affirmed for Him.
Defining both of them
As for decree, it is Allah’s knowledge, Mighty and Majestic is He, in pre-eternity of all things according to how they will be in the future.
Predestination is the actual bringing into existence of those things according to His pre-eternal knowledge, which is attached to them.
Some people have inverted them and thus applied the definition of decree to predestination and the definition of predestination to decree, which is possible and a simple matter.
The meaning of the obligation to have faith in both of them – as is the position of Ahl al-Sunnah wa al-Jamāʿah – is that it is obligatory for those who are legally responsible to believe that Allah, Glorified and Exalted, knew from the beginning all the actions of His slaves and everything that is attached to His creations, including what will follow their occurrence in the future. Likewise, it is obligatory upon them to believe that He, Glorified and Exalted, only brought them into existence, when He brought them into existence,[1] according to the specified predestination and the specific way that He already had knowledge of.
From this you know that decree and predestination are not connected to compulsion in any way, as some people imagine, because Allah, Glorified and Exalted (by virtue of His divinity) has to be all-knowing of the various actions that His slaves will carry out and of what will happen and take place in His dominion. If not, that would be an imperfection in His attributes, as we have mentioned. Furthermore, these matters must take place in accordance with Allah’s knowledge of them, for if not His knowledge would be turned into ignorance, which is impossible.
It is clear that all of this does not mean that these actions are being carried out by people under some form of force or coercion or purely out of will and free choice, for you know that knowledge is only an unveiling attribute and its entire affair is to unveil matters as they are or as they will be, and it has no connection to coercion or allowing choice.
Al-Nawawī, may Allah have mercy on him, says in his commentary on Ṣaḥīḥ Muslim, after defining decree and predestination just as we have mentioned,
‘Al-Khaṭṭābī said, “Many people think that the meaning of decree and predestination is Allah, Glorified and Exalted, compelling and coercing the slave to act according to what He has predestined and decreed, but the truth is not what they imagine. Rather, the meaning is informing of Allah’s advanced knowledge, Glorified and Exalted is He, of what the slave will earn and how these actions will stem from a calculation on his behalf.”’[2]
Ibn Ḥajar [al-Haytamī] mentioned in his commentary on the ḥadīth of Ibn ʿUmar regarding faith, while defining decree, ‘Decree is Allah’s knowledge from the beginning of things as they are, while predestination is His bringing into existence of those things in accordance with His knowledge.’[3]

Email ThisBlogThis!Share to TwitterShare to FacebookShare to Pinterest
Labels: Theology